Share a memory
Obituary & Services
Tribute Wall
Read more about the life story of James and share your memory.

James (Jim) Eugene Sturgeon, age 73, passed away on November 3 at his home surrounded by his children, who are eternally grateful for these last moments and the gift of being together. James was born on September 19, 1949, the son of the late James Matthew Sturgeon and Nancy Jane Sturgeon. It will be said that he died of complications from heart disease, but his loved ones know he ultimately died of a broken heart suffered from the loss of his beloved wife, Mary Jean Sturgeon, suddenly in February of 2021.

His six children survive James; Kimberly (Sturgeon) Allinder, who in his final months cared for him with love and compassion, keeping his spirits lifted and his dinner plate full, trading barbs and healing wounds; Thomas Sturgeon, whose friendship and treasured memories of hunting and hijinks offered comic relief on many tough days with an abundance of painful laughter; Steven Sturgeon who James never missed a birthday or a Christmas card for 40 years, but only recently reconnected, David and Jeffrey Pyle whose mother gave James the 41 happiest years of his life, and his youngest daughter Misty (Sturgeon) Tompoles "Squirt" who James reserved a softer gentler demeanor for from the moment she was born.

He is survived by his sister Jane Carroll who shared an entire life with James, with no harsh word ever spoken between them. Finally, he is also survived by his daughters-in-law Tina and Clarissa, sons-in-law John and Derek, brother-in-law Donald Carroll; grandchildren Dakotah, Amanda, Morgan, Jacob, Kaitlyn, Blaine, and Cash; several cousins, nieces; nephews, and great-nieces and nephews. James was preceded in death by his parents, his wife Mary Jean (Morgan), his brother Wayne Sturgeon and countless other loved ones.

James spent his formative years in and out of the hospital suffering from polio from ages 3-16. While other kids were riding bikes and playing ball, James was learning how to walk and steady himself standing. He was resilient and graceful in his disease and learned to find joy and friendship in wheelchair races and wheelies through the halls of the Shriner's Hospital in St. Louis. James knew pain his entire life, but he persevered and chose to make the best out of an intolerable situation. It is inconceivable to believe that these early years did not inform his approach to life. Like his hero, John Wayne, said, "Courage is being scared to death, but saddling up anyway." James always saddled up.

James was an employee of Hurst Manufacturing/Emerson for more than four decades, where he made and enjoyed lifelong friendships.

James was an avid hunter, arborist, bird watcher, mediocre poker player, talented turkey smoker, caustic jokester, porch swing resident, and doting caregiver to his and his neighbor's dogs. He loved nature, John Wayne movies, bowling, an onery joke, and family, above all else. James had a green thumb and loved working his property and adding trees in all imaginable and vacant patches. He spent many hours on his porch surveying the fruits of his labor and watching the rabbits bounce from bush to bush. James was a firearms enthusiast who enjoyed collecting rare guns and treasured those passed down through the family. Though an intimidating man of large stature, he had a big heart and a kind nature. His concerns were always for his children and their safety; his last words were, "You be safe now." We promise we will, Dad.

A private service was held for James with his immediate family at White Church Cemetery, where he was laid to rest beside his beloved wife. The family would like to thank the Hospice teams at Gibson General Hospital for their compassionate care. They would also like to thank our family, friends, and kind neighbors for their support and prayers during his life and now as they grieve.

Online condolences can be given at www.colvinfuneralhome.com. Colvin Funeral Home is honored to serve the Sturgeon family.

To send flowers to the family or plant a tree in memory of James E. Sturgeon, please visit our floral store. 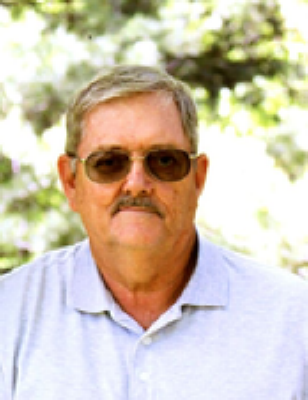 You can still show your support by sending flowers directly to the family, or by planting a memorial tree in the memory of James E. Sturgeon
SHARE OBITUARY
© 2022 Colvin Funeral Home. All Rights Reserved. Funeral Home website by CFS & TA | Terms of Use | Privacy Policy | Accessibility